There is even sumo wrestling ring in the shrine.

It is the 80 years anniversary in this year and on October 19 and 20 they hold anniversary event including children sumo wrestling contest and Kagura dance, sacred dance and music.

Cherry blossoms in the spring also quite beautiful in this shrine. 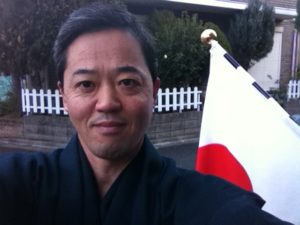